It had to happen at some point, it seems.

My bashed up old Xbox 360 Core unit that I bought on the cheap pre-owned (stupidly) the day before the new Xbox 360 Slim was released in the UK has given up the ghost and suffered the same RROD fate as most the others in existence.  Wonder whether it is the last one left to do it in the world????

That makes it 3 units knackered - my original 20GB unit that got replaced under warranty, the replacement which I unsuccessfully tried to do the X-Clamp fix on, and now this Core unit replacement.  That is approx £300-400 worth of consoles just breaking one after another after a matter of months through no other reason that being played (and not even that much!)

Yet the sad thing is that this is entirely normal.  Microsoft has obviously fixed things somewhat with the newer chipsets and internal set-ups on the later Arcade/Elite & Slim versions, but I can't help thinking that (if I still had it), my good old 1991 Sega Megadrive would work 100% of the time if I flicked it on now regardless of how I positioned it under my TV or how much I played on it.  Its a similar situation to today's mobile phones.  I have the charge the battery of my HTC Wildfire S every single night - whereas my old Samsung G600 easily lasted a week between charges - why is the battery so insufficient?  How is it that newer technology is far less reliable?? 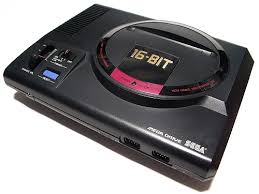 Fortunately, my lovely lady wife is getting a new mobile phone contract which conveniently had the option of having an Xbox 360 Slim 4GB + Kinect thrown in for free.  Talk about good timing. ;)  I'm sure I'll get away with just buying her some wool or a crayon or something as a thankyou... if only.

The fact that the console (plus Kinect even though we have one already) is essentially free shows how the world has changed since the early and mid 90's when I was getting into gaming.  Those were the days where the thought of a games console being given away for free so flippantly was frankly unheard of.

I remember the Japanese Sega Megadrive (there wasn't really a particularly great reason for getting a Japanese one in all honesty) my elder brother and I got for Christmas back in 1990 (along with Golden Axe & Whiprush!) must have been an epic purchase for my parents to make.  Likewise, the Sega Saturn that we got later in 1995 launched with a retail price of £399 without any kind of bundled freebies.  Of course, mobile phones & incentives for taking out contracts simply weren't around back then, but there is no way that a games console would be 'given away' with any equivalent thing. With this conveniently-timed free upgrade from an old broken Core unit to a brand spanking new 4GB Slim comes an frustratingly awkward decision on how on earth I can transfer the contents of a full 20GB hard-drive onto a 4GB Slim memory.  It shouldn't be anywhere near as complicated as it appears to be if external storage wasn't so strictly managed by Microsoft.  Why should I be in the position of - having bought a load of games off XBLA and having all the games, saves, profiles, music stuck on one now unusable hard drive - now needing to possibly shell out money for a shitty official transfer cable just because Microsoft doesn't feel comfortable or  reasonable enough to let gamers use any kind of modern-day external storage devices that they use in every other data transfer application in the world???  Yes, there was always the option of forking out another £200 on a 250GB Slim version, but why the bollocks should I buy the same console for a third time???  Surely in any other market I'd be already classed as a golden customer, thanked for my loyalty to Microsoft and given a free god damn unit as an apology for the shitty customer service me, like millions of others, have had to endure?

Again, it brings me back to wonder why the glory days of the trusty Sega Megadrive - with it's big, indestructible instantly-loading cartridges with in-built memory - have not been improved on in terms of reliability.  Maybe I should just sack it all off and get a Megadrive instead?  I probably would if it wasn't for me being a tight git and needing to pay for it!