To be this good takes Sega ages

Like a huge mother hen, Sega has been sat on its lovely eggs, keeping them warm until they're ready to hatch. 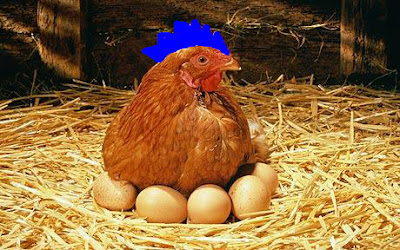 Following up the recent neat Renegade Ops release, they have now unleashed the beasts of Treasure's Guardian Heroes AND Daytona USA!!!! - two genuine gaming classics - onto our laps.  Its quite overwhelming, and does this signal the start of a real change in attitude from the company?  Have they realised XBLA and PSN are too good an opportunity to miss???

We've all known that they have spammed the Sonic brand to the point of breakage over the last few years, and after the insipid release of the Dreamcast Collection I thought there was no way back for them.  But after downloading and really enjoying the joys are Guardian Heroes last night, which has been updated and revitalised with loving care for a change, there is real hope for bringing the Sega love back into the world.

Its clear that they have suddenly started to listen to what their fans actually want.  Daytona USA will be a conversion of the arcade game, not the inferior Dreamcast version.  It means a fair bit more time and effort from them, but its going to make a lot of gamers very happy.

The mind now boggles as to what other old arcade games or Saturn releases they may already be working on.... Panzer Dragoon series?  Dragon Force?  Scud Race?  Burning Rangers?