One of my favourite game brands is due to make a return - with Sega announcing that a new game is in development in the Shining RPG series - woohoo!

I owe a lot of my childhood development to Shining Force 2. I was absolutely hooked into its magical lands, set of characters, turn-based overhead grid-based battle system & quirky script back in the days of 1994, when I was the age of 13. And while it was nothing new, I also loved the way the developers used different tones to represent each character's voices during conversations - from the deep, low hum of the giants to the shrill chirps of the fairies. 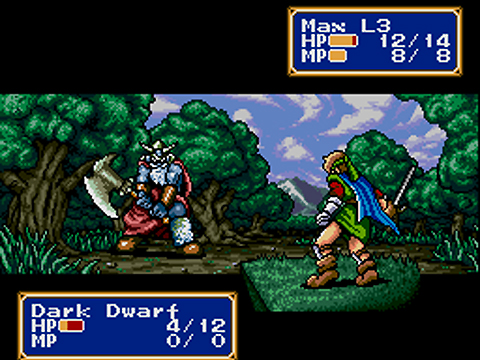 The key to Shining Force 2 (and its prequel, which I only got to play many years later on the Sega Megadrive retro collection) was how user-friendly it was when compared to most other turn-based RPGs of its age. The tactical RPG genre, particularly on the MegsDrive, usually meant daunting menus, stat overload & overly serious style, but everything from the excellent quick menu system to the dramatic battle visuals made Shining Force 2 stand out. It had a lot of charm, great music, intruiging story & exciting cinematics. Who can forget the quick escape in the boat from the earthquake that destroys your hometown

The game also introduced me to the concept of levelling up. Often a chore, levelling up was nothing less than fascinating on Shining Force as the satisfaction of eventually reaching level 20 for each of your squad of characters - and therefore having the ability to 'promote' them to an entirely more kick-ass version of themselves - was always the reward, let alone the ongoing treats of surprising new spells or spell upgrades. You could even promote them to an alternative class if you had collected a secret item - tough decisions!

Anyhow - great news about the return. Though it will only be good if there are loads of centaurs in it like normal.
Posted by D@ve at 22:46