Return of the Bugs 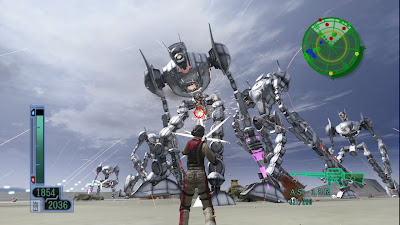 Sometimes the best things are those that surprise you. That was certainly the case with Earth Defence Force 2017 on the Xbox 360 when it was released back in 2007.

Being presented with pretty dodgy box art and, in hindsight, two woefully unrepresentative images on the back, I mocked Earth Defence Force 2017 on the shelf for being a crappy low-budget me-too shooter without even watching a trailer or playing a demo. Shame on me.

Moving on 4 years, I can now think back and laugh about my poor judgement. I stumbled upon the trailer for the game on the Play.com website and it blew me away. The scale, the destruction - quite unlike any other game I'd ever seen. Got it & love it - simple to play & genuinely entertaining, and it still stands with its neck above the slurry of more popular yet bland first & third person shooters in the marketplace made with larger production budgets.

So the news that its sequel - EDF: Insect Armageddon - is on its way is superb news. July can't come quick enough. 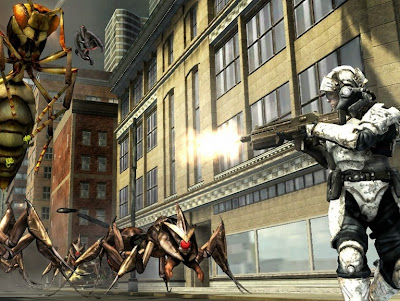